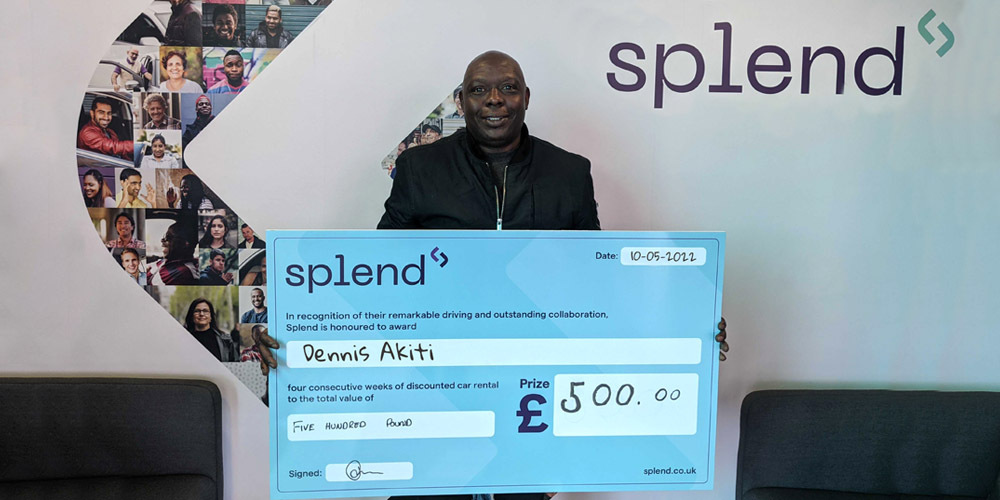 One of the things we enjoy here at Splend is seeing more and more of our members choose electric cars and thus making their own contribution to a greener London. One of these members is Dennis – proud driver of an EV and this April’s winner of the Member Reward program.

Dennis has been with Splend for more than 4 years and it’s the only place he’s ever rented his car from. He’s currently on the Flexi plan, driving an MG5 EV, but he’s looking forward to upgrading to the Long Range model soon.

Before picking up his £500 reward, we learned a little bit more about what it is that motivates him to be such a good on-demand driver.

I only drive for Uber, but it offers me enough work. I usually set myself a target for how much money I need to earn that week and focus on that. Each week is different, so I don’t always reach my goal.

My strategy is trying to keep spendings to a minimum, and I don’t chase rides. I let the rides dictate where I go.

He’s been driving an electric car for quite a while now and one of the reasons he went for an EV is the taxes and charges that he had to pay as a rideshare driver. Not only were they burning a whole in his pocket each week, but it also started affecting him and his family. That’s when he decided to make a change for the better.

Honestly, I couldn’t be happier about making the switch to an EV. I got palpitations whenever I I had to go in the city, because of all the expenses. I live in Luton, so whatever money I spent on taxes, I had to make back.

Now, with an electric car, I feel relaxed and I don’t mind going into the Congestion Zone. I won’t lie, it’s a very liberating feeling.

Dennis has been a tranquil driver ever since he noticed how much money his MG 5 EV was saving him. He’s keen on seeing what the next part of his future with Splend holds.

Ever since I joined Splend, they’ve done what they said they would, so I don’t have any complaints. I could have gone elsewhere, but I’ve been here for 4 years now, that says more about my experience here than anything.

The day-to-day of driving an EV is still new to some, especially when it comes to charging and managing range anxiety. Before getting a home charger, he used to spend an extra 1.5 hours after work charging his car for the next day. That’s why Dennis can’t wait to update his car to the MG5 Long Range EV model.

I’m going to tell everyone that electric is the way to go. You only have to be careful to get one because they go out of stock too fast.

Dennis is a very time conscious man, so he aims to reduce costs and increase his rideshare income as much as possible. The £500 reward he went home thus served as a good reminder that if you work hard enough, your skills and efforts pay off.

I first thought it was a prank, but I was really happy to learn it was real. I’ll soon be celebrating 25 years of marriage, so I will use the money to do something nice for our anniversary. 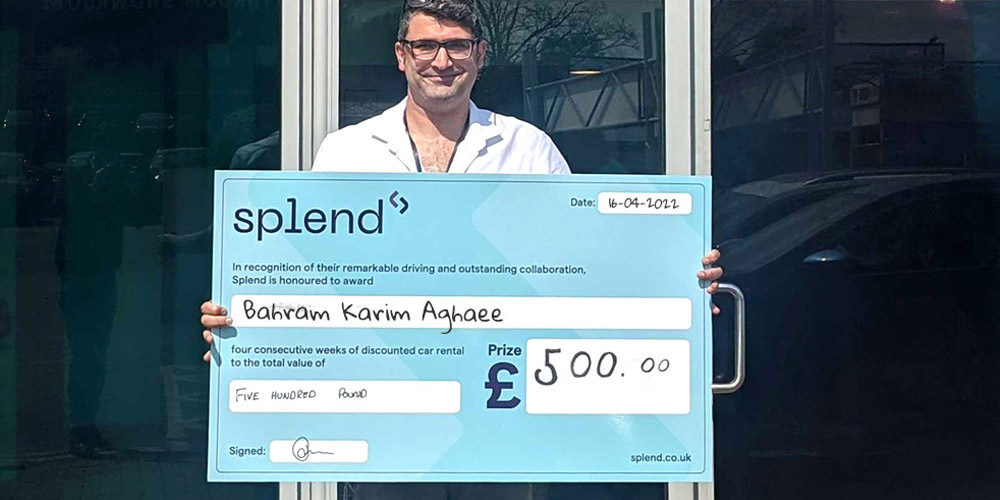 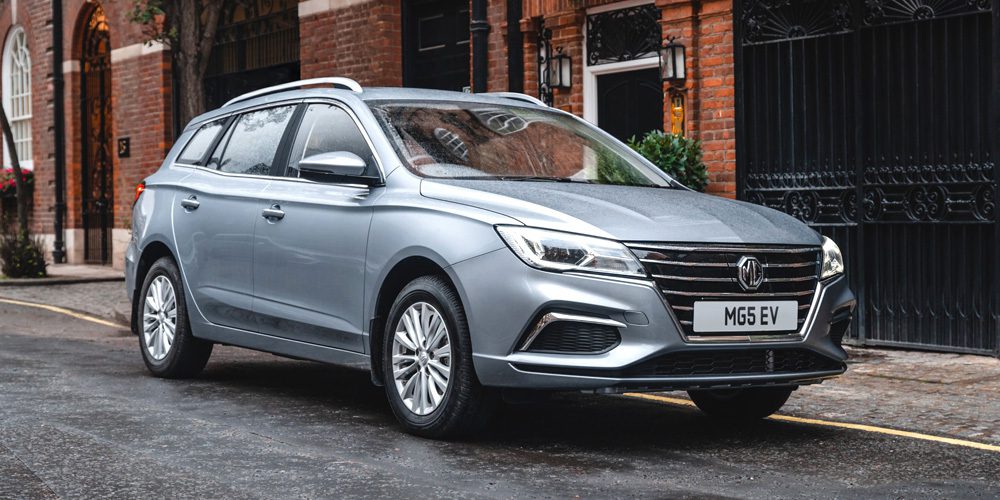